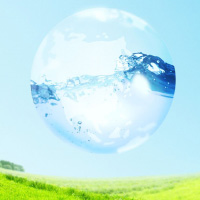 The way that society should source the energy it needs is at the heart of one of the most intense political debates of recent years. There are many proposed solutions to the problem, ranging from committing ourselves to a future of nuclear power, to focusing on renewables. Passionate voices are often raised in favour of, and against, all of them. But, whichever fuel source is chosen as a long-term solution to our energy requirement, one thing is for sure: it will take decades to build an infrastructure able to satisfy demand – nuclear power stations take decades to build, and the technology behind renewables is, many claim, not yet sufficiently mature. This leaves the question of our short and medium term energy needs.

One solution to this is shale gas – a gas composed mostly of methane, and which is often trapped inside hard-to-penetrate source rocks deep in the ground. It can be used to generate electricity, as well as for domestic heating and cooking in the same way as natural gas, and is already responsible for 20% of the gas supply in the USA. Early indications show that there may also be many shale rich areas in the UK, and prospecting at sites across the country has already begun. Shale gas is sometimes called a ‘bridge fuel’ as there is an abundant supply, which can be relatively easily extracted over the medium term.

But the method of extraction it, a process called fracking (a contraction of hydraulic fracturing) is itself a subject of enormous controversy. On the one hand, there are those who claim that the fracking process can cause small earthquakes, with the potential to cause significant damage to surrounding homes and infrastructure, and that it also has serious environmental consequences. Others, the pro-fracking lobby, maintain that there are many advantages of shale gas, including the fact that it’s plentiful, relatively cheap and cleaner than oil or coal. These benefits, they claim, easily outweigh its disadvantages. It is, for sure, a complex argument.

One potential danger of fracking is that the process could result, according to experts, in the contamination of drinking water with methane gas and other harmful chemicals. This is because gases (such as methane) can permeate into water sources, either through cracks created by the fracking process, or by poor handling of waste water on the surface. The result could be contamination of the drinking water aquifers that lie above shale gas reserves. This, it needs to be emphasised, isn’t a necessary by-product of fracking, and shale gas companies are keen to point out that there are no proven cases of aquifers being contaminated by fracking. But, given that the energy market is competitive, and it’s therefore important for energy providers to control costs, there’s a possible temptation to use ‘cost-effective’ processes – in other words, to cut corners and compromise standards. If this happens, the likelihood of contamination of the drinking water supply is much more likely. We urge the Government, and local councils that back fracking, to take all possible steps to ensure that the very highest standards.